Skip to content
The End is almost here so better make sure you’re AWARE with each and every things.


Welcome to www.marvelmovie.info, the top 10 things to remember before seeing Avengers End game.
Counting down important plot points that you should probably remember before the fourth Avengers movie hits screens.

#10 Half the universe is dead

Unless you repress the memory we can’t say we blame you Avengers infinity war ended on the most shocking and emotionally devastating moment in the history of the Marvel Cinematic Universe After assembling the Infinity Gauntlet and obtaining ultimate power.

Thanos accomplished his goal of wiping out half of all life in an event officially dubbed the decimation. 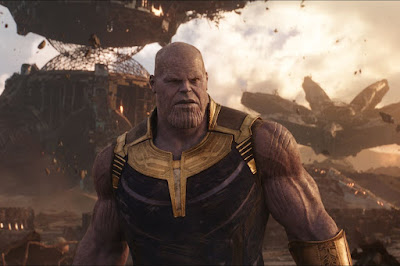 “Thanos  did exactly what he said he was going to do you’re wiped out 50% of all living creatures.”

So obviously the MCU is going to be in pretty dire straits when the curtain rises on endgame and that’s not even touching on characters like Gamora who was killed before the decimation even took place.

#9 Thanos has all six Infinity stones

Well THANOS seemingly put his life on cosmic genocide behind him and hung up his armor.

He’s still in possession of all six Infinity stones giving him absolute control over space-tim-power-reality-mind and soul.

It’s a safe bet that the Avengers will be looking to either undo the mat Titans actions in infinity war or get some much-deserved payback and they’re in for one heck of a fight. Even with just a few Infinity stones Thanos was able to out fight almost every Avenger single-handedly and with all six he’s essentially unstoppable.

That is unless the Avengers pull some kind of rabbit out of their collective hats.

#8  Doctor Strange saw it all coming

Strange we all right Doctor Strange brought a lot of new and interesting powers to the MCU and he was introduced in his 2016 solo movie.

Not the least of these is a tricky pulled in infinity war using the time stone to look into possible futures to figure out the probability of their success.

The team only pulling out a win in 1 out of 14 millions of potential futures.

Unless Marvel really throws us a curveball it’s a safe bet they’ll figure out how to save the day meaning that the doc knew what needed to be done leading up to his seeming demise.

#7  seven Hulk and banner are on the outs

After getting his giant green butt handed to him in the opening moments of infinity war the biggest greenest Avenger didn’t seem too keen to come out to play again.
We were all surprised about this banner most of all. 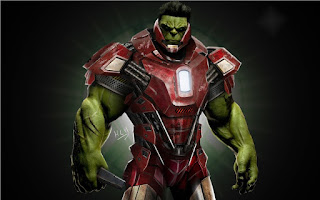 Heck Marvel even inserted some shots into the film’s trailers that threw viewers off of this plot point while banner has proven he’s not helpless without his alter ego there seemingly fractured relationship will definitely come up in endgame. 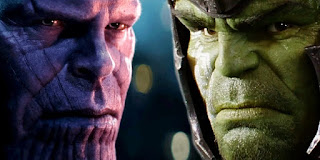 And we just hope the two are able to come to some kind of agreement, we mean it’s not like the entire universe hangs in the balance or anything like that.

After a knock-down drag-out brawl on Titan iron man in the cyborg nebula were helpless to watch as their friends and comrades vanished before their eyes.

judging from the trailers for endgame it looks like the pair will be using the Benatar the ship used by the guardians of the galaxy to escape into space but then it also looks like they’ll be having a tough time out there.

we’re just curious what the relationship between these two wildly different characters will be like what do a genius super scientist playboy and an unhinged cyborg alien even talk about on an extended road trip through space. 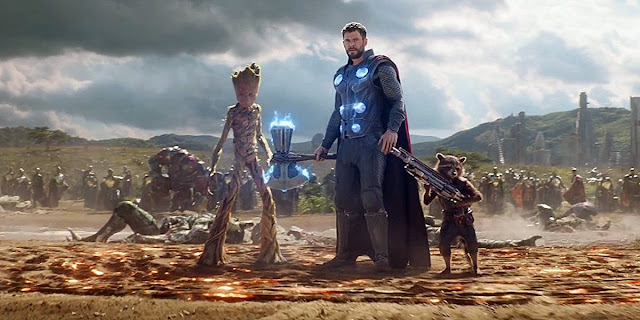 Thor proves that he’s not actually the god of hammers in the epic final fight scene of Thor Ragnarok.

Seemingly putting his day’s swinging the mighty Mjolnir behind him for good but when Thanos came a calling the god of thunder decided that maybe having a suitable weapon would even the odds. 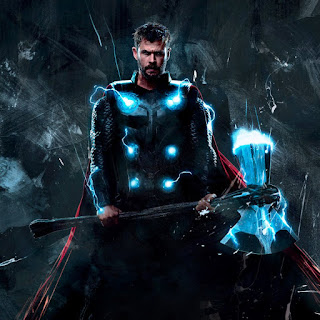 thankfully he obtained an awesome replacement in the form of Stormbreaker.
Heftier and more powerful than Mjolnir Thor’s new weapon also has the ability to teleport the Odinson and others via the Bifrost and it might not just be a neat detail that his handle this actually groots arm could it have some special properties we haven’t seen yet 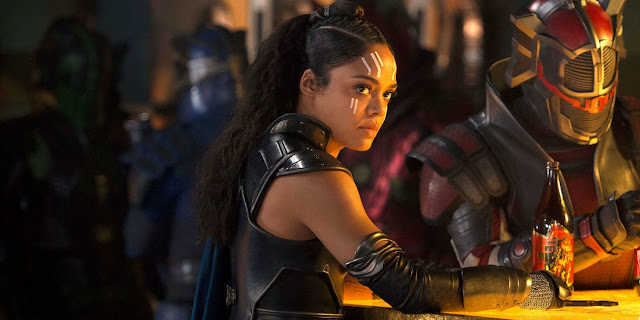 speaking of Ragnarok we definitely were the only audience members wondering where Valkyrie to say nothing if Korg and meuk were spending their time during infinity war.

well we at least saw them on the Asgardian refugee ship they were missing when we saw that same ship in the wake of Thanos dis attack. 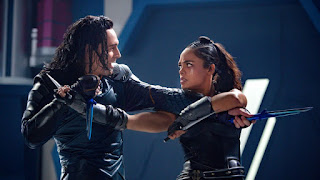 Co-director Joe Russo confirmed that she escaped with some other Asgardians via the ship’s escape pods but where the heck was she for the rest of the movie we just hope she turns up safe and sound an end game. 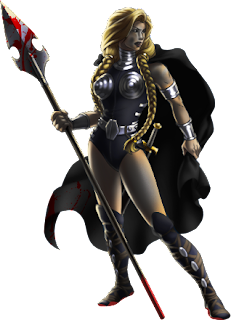 Swooping in to save the day with a certain rocky freedom fighter and his insect sidekick in tow.

#3 the vision is dead 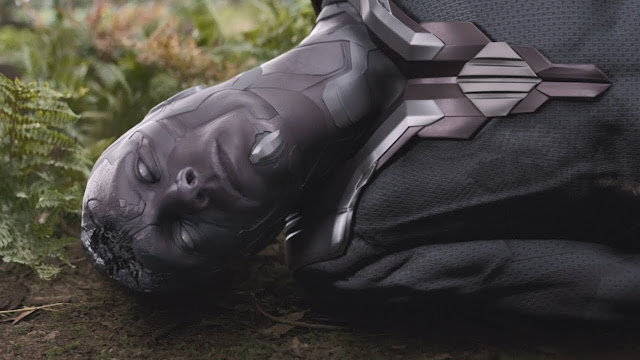 We were especially sad to see the Android Avenger vision meet his end in infinity war, probably because we had to watch him die twice but as cut and dry as his deaths might seem vision may not be out of the game yet could he perhaps live on in the mine stone the Infinity stone that created both him and Ultron in the first place or maybe sure his efforts to safely remove the stone from Vision’s head were successful enough that he could live to fight another day.

#2 Ant Man is trapped in the quantum realm 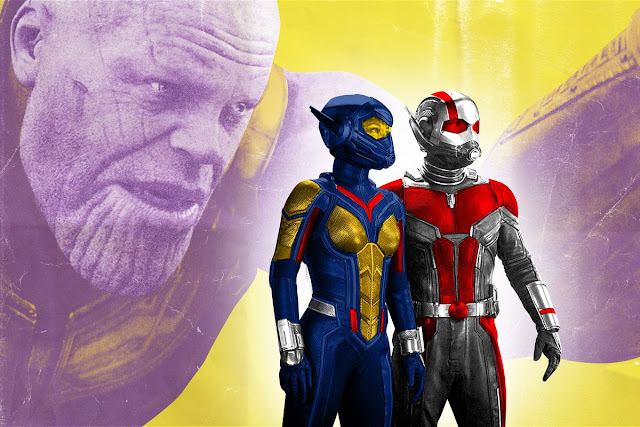 After the soul-crushing ending of infinity war ant-man and the wasp was just what we needed a fun light-hearted superhero romp that didn’t pull our hearts out and stomp on them at least not until the film’s post-credit scene. 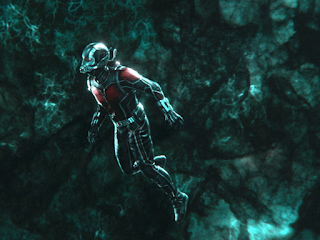 seems obvious that Ant Man being trapped in the quantum realm at the end of his second solo outing will be a massive plot point an endgame perhaps giving the team the advantage they need to overcome thanos after all what was it that Janet just said about not getting sucked into a time vortex could time-travel be the key to victory that the team needs.

#1 Captain Marvel is on the way 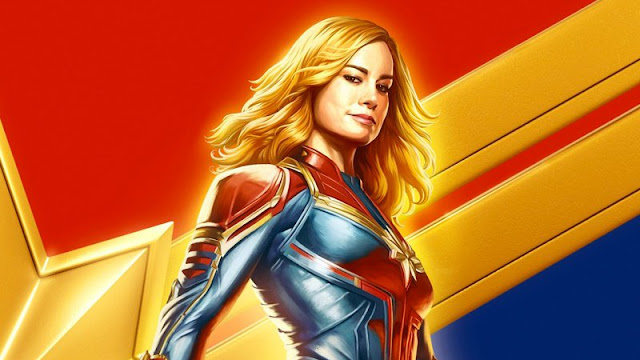 Final shot of infinity war was a promise that Captain Marvel was on her way and her solo films mid-credits scene shows us her first interaction with the Avengers.

The question is when will that happen would ? 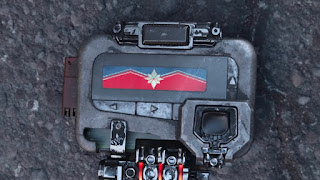 Given that she’s already been described as the MCU strongest hero she could be the heavy hitter the team needs to pull out a victory against Thanos.

So the sooner she shows up the better off our heroes will be, we just hope that when she gets to earth she has a damn good reason for why she’s been a no-show for the Battle of New York and the Battle of sokovia.
Post Views: 35