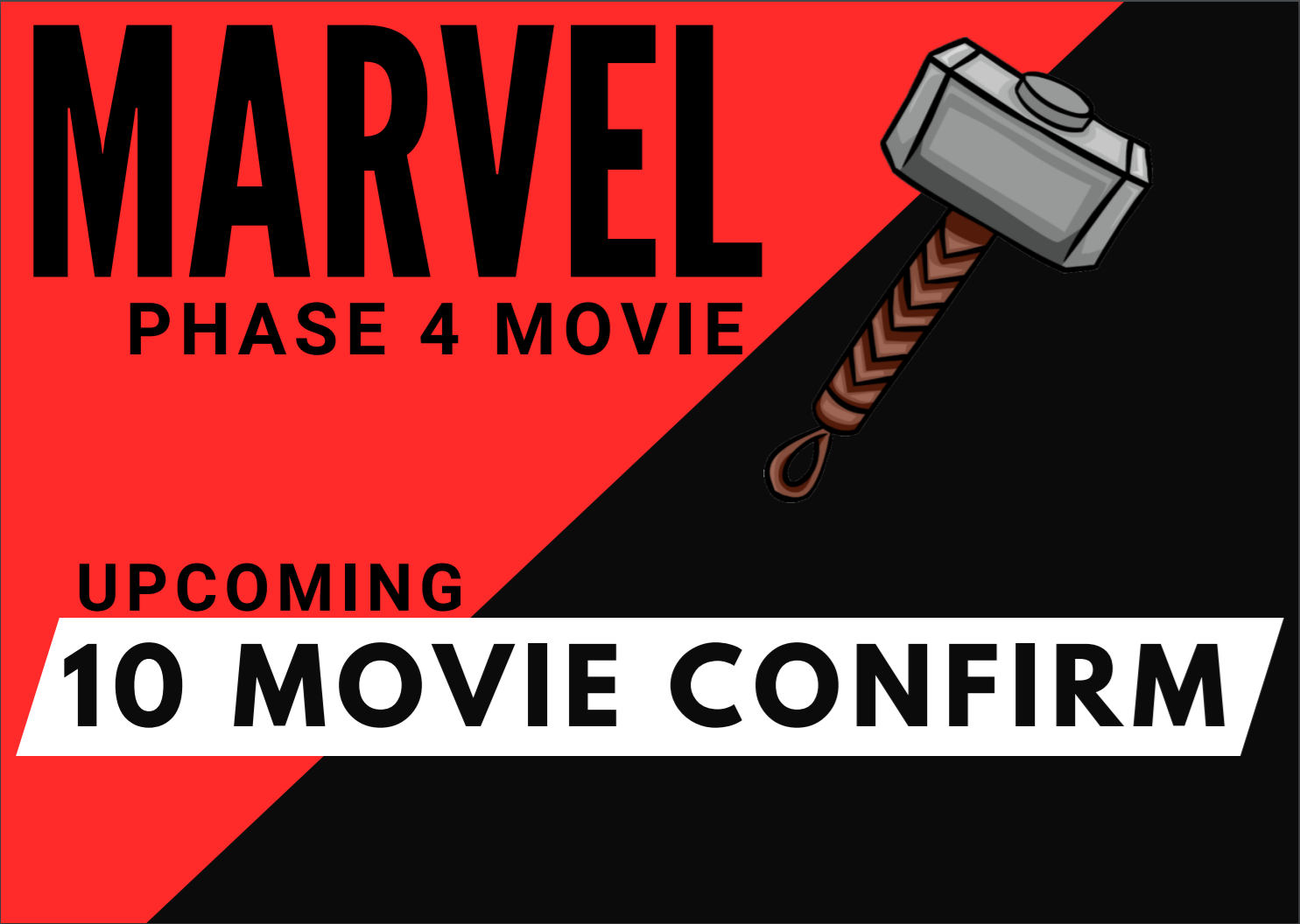 Phase 4 marvel Moive includes a mix of sequels Movie, like Thor: Love and Thunder to be directed by Thor: Ragnarok director Taika Waititi and Which fourth Movie of Franchise.Thor 4 to star Natalie Portman as Lady Thor. Doctor Strange:the Multiverse of Madness Which directed by Scott Derrickson and Doctor strange Will First Horror Movie From MCU.There’s at least one prequel, too — Black Widow, starring Scarlett Johansson in the titular role, one that she has been fighting to have for years. Rachel Weisz, Florence Pugh, and David Harbour will also star.

The Eternal release on November 6, 2020.Eternal story is like who use their advanced skills to protect humans in the future.The Eternal comic book series, created by legendary creator Jack Kirby.Feige also confirmed that the movie will star Richard Madden, Kumail Nanjiani, Brian Tyree Henry, Salma Hayek and Angelina Jolie.

View this post on Instagram
Here’s your look at the Marvel Studios panel in Hall H at San Diego Comic-Con! #MarvelSDCC (2/4)
A post shared by Marvel Entertainment (@marvel) on Jul 21, 2019 at 10:16am PDT

Shang-Chi, who sacrifice his entire life to bringing down his father’s criminal empire. Feige confirmed at Comic-Con that The Mandarin, the villain who was supposed to appear in Iron Man 3 but ultimately did not, will appear for real this time in Shang-Chi. Shang-Chi directed by Destin Daniel Cretton. Simu Liu play role as Shang-Chi.
Comment Down and Tell us for which movie you more excited
Post Views: 50